Dopamine Detox: Own your enjoy life 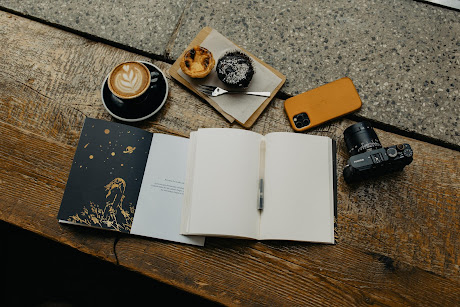 Whether you're a comparer or someone who lives for "likes", taking a break from social media could make you happier over the holidays.

“I had been really busy at work and I felt like I was addicted to my phone,” explains the Toronto-based children’s book editor. She was also feeling anxious about the pandemic and thought she’d feel better if she stopped reading alarming COVID headlines. But most importantly, she wanted to be more present around her seven-year-old son during his school break.

Depending on which survey you look at, the average adult spends anywhere from three hours to five hours on their phone a day—and a lot of that time is spent on social media. This has been especially true in the past few years when pandemic restrictions have limited real-life socializing opportunities and when people have turned to their phones to get news and insights about the pandemic.

There’s another reason people spend a lot of time on their phones: the apps on them are designed to be addictive, says Sheri Madigan, associate professor in the department of psychology at the University of Calgary and Canada Research Chair in Determinants of Child Development. “[These apps] are engineered to persuade us to be engaged, or make us stay engaged,” she says, adding, “There’s really good evidence that they’re very habit-forming.”

But even though we’re on social media all the time, it doesn’t make us happier. The 24/7 news style of Facebook and Twitter can lead to doom scrolling—compulsively reading negative headlines while getting increasingly depressed. And even happy posts from friends can leave you feeling like you’re missing out, or not measuring up. Kidisevic is an amateur photographer, and she says she felt demoralized by seeing the shots other photographers produced. “Seeing these perfect images sometimes made me feel like there was no point in continuing with my own photography because I was so behind or because I could never reach their level of exposure or attention,” she says.

Kidisevic also felt like her phone was making her document her family’s memories, instead of living them. She wanted to spend her Christmas together with her family—not on her phone. “Christmas is a big deal in our house—we’re both Orthodox Christians,” she says. “I wanted to enjoy my time with my family, with no social media distractions or negativity.”

She decided to try a social media detox: She deleted her social media apps from her phone, and for the full two weeks of the school holidays she didn’t go on them through her computer either. (But she did keep her messaging apps to keep in touch with some friends who she chatted with regularly.)

If you’re feeling a similar desire to get away from your phone and social media, the holiday break can be a perfect time. After all, this is when we’re supposed to be making memories, and social media has turned that into documenting memories instead. Scrolling curated feeds by our friends—or even worse, influencers—can make us feel like we’re the only ones whose kids are fighting in front of the TV while everyone else is baking cookies in matching PJs and creating Elf on the Shelf magic every night.

It’s also worth considering how using social media too much could be affecting your parenting. Being on your phone when your kids are around can lead to what researchers call technoference—meaning it interferes with your ability to communicate with them.

“You can think of [attention] like a game of tennis, the child will serve up a cue, or a signal, and really what we want parents to do is return that signal,” says Madigan. “And when we’re on our phones, that’s really hard to do.”

When we’re around babies and toddlers, that might mean they’re trying to show us what they’re interested in by gesturing or pointing, and we don’t notice if we’re on a screen. Even once they’re verbal, it can be hard for them to tear us away from our phones. “Research suggests that when parents are on their mobile devices more often, they interact less with their kids, and their interactions tend to be more negative,” says Madigan. Research also suggests that kids whose parents are on their phone more often tend to feel sad and anxious more often and to be more aggressive.

Mini detoxes can work too

If you want to cut back, but the thought of not posting or checking social media for an extended period seems like way too much, try setting aside an amount of time to ditch your devices every day while your kids are on school holidays or when you’re off work. Maybe you decide you’ll have an outdoor activity that you do together every day and everyone will put away their devices for that time. Or you might have a rule that everyone puts their devices into a box for dinner.